Wager at the 1977 Legislative Session 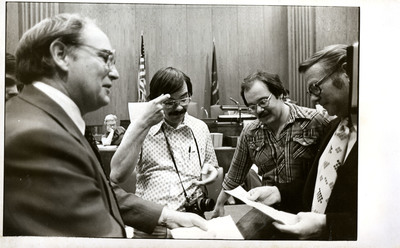 From back of photograph:

Robert Melland represented Jamestown in the North Dakota Senate from 1967 until 1982.