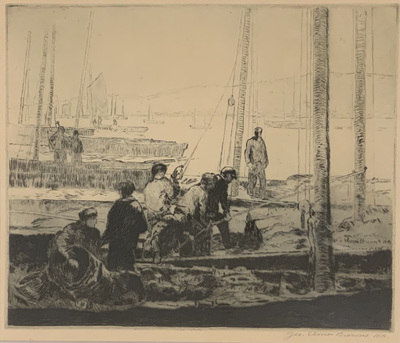 George Elmer Browne works are in permanent collections in American and Europe including the Metropolitan, the Luxembourg in France, and the Smithsonian. He founded the West End School of Art in Provincetown in 1916. Browne has been awarded 31 exhibition prizes for his talent. He is highly regarded in France and in 1925 was declared by the French government an Officer of Public Instruction and Fine Arts in France.