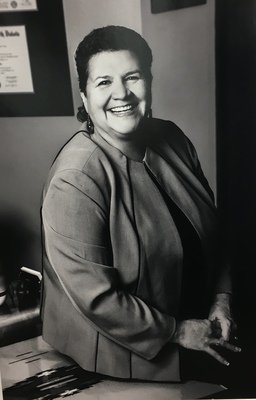 Dr. Laurel Vermillion, a recognized member of the Hunkpapa-Lakota peoples of the Standing Rock Reservation, serves as President of Sitting Bull College.

During her 14 years as an elementary teacher for the Fort Yates, ND BIA School, she pursued and completed a Masters degree in Education Administration from the University of North Dakota. Soon after, she relocated to Marty, SD and served as Principal at the Marty Indian School before moving back to the Standing Rock Reservation. In 1995, she accepted the position of Vice President of Academic Affairs at Sitting Bull College and eventually became Vice President of Operations in 1999. During her seven years as vice president of Operations at Sitting Bull College she completed a doctorate degree in Teaching and Learning, Higher Education from the University of North Dakota.

She is married to husband Duane and together they have three children and five grandchildren.