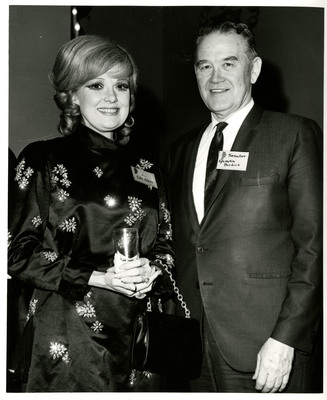 Actress and comedian Edie Adams (left) poses for a photograph with Senator Quentin Burdick (right) at a reception for the National Committee for the Recording Arts in 1969.

Edie Adams had a long career in the entertainment industry and was a Tony Award winner and an Emmy Award nominee.

National Committee for the Recording Arts