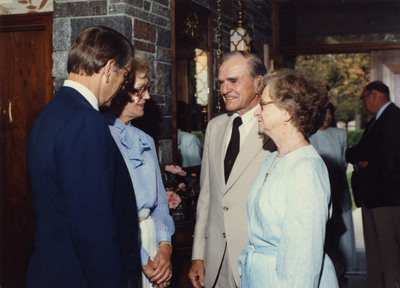 George Sinner was the 29th Governor in North Dakota history, serving from 1985 until 1992. First Lady Jane Sinner undertook a number of initiatives during her tenure, including "the Celebration of Lights," an annual fund raising campaign for the North Dakota Mental Health Association.