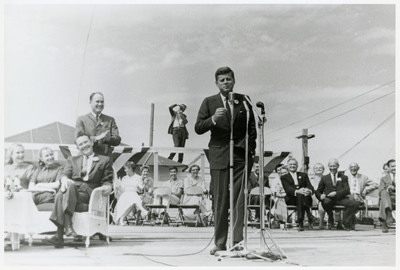 In an undated photograph, Quentin Burdick (in a chair on the left) smiles while listening to a speech by John Kennedy. Numerous other people are also on the stage.