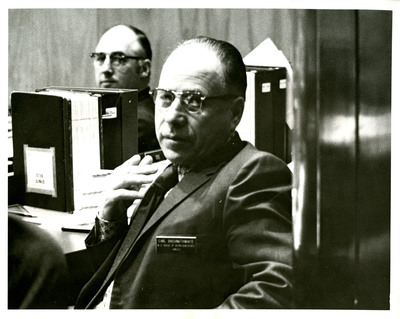 Representatives Byron Langely (left) from Warwick and Earl Bassingthwaite (right) from Sarles at the their desks in the North Dakota House of Representatives. The year "1977" is written on the back of the photograph, although Bassingthwaite only served during the 1973 legislative session.