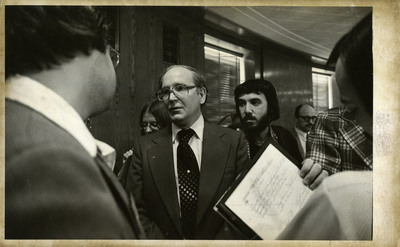 During the 1977 Legislative Session, State Representative and Majority Leader Earl Strinden meets reporters in a hallway at the State Capitol. Strinden told the reports that he had a "secret" strategy for passing the flat rate severance tax. (from the back of the photograph)