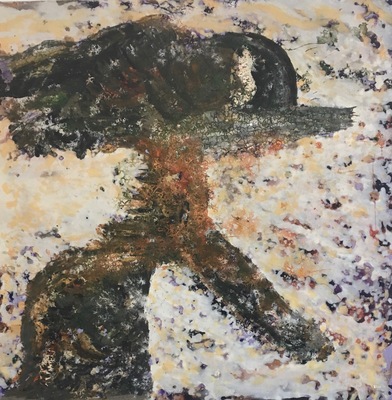 George Starcher was President of the University of North Dakota from 1954-1971. Although his academic background was in mathematics, he became increasingly active as an art maker in his later years. Starchers’ monoprint probably dates about a decade after his retirement. Interestingly, UND presidents Frank McVey, Charles Kupchella, Robert O. Kelley, and current President Mark Kennedy also had varying degrees of interest in making visual art.

Starcher, who served UND through the tumultuous 1960s, was well-respected in the Grand Forks community. As UND President, he tolerated student demonstrations and promoted free speech within the educational environment, which perhaps helped to prevent the social unrest that several other universities faced during this era.