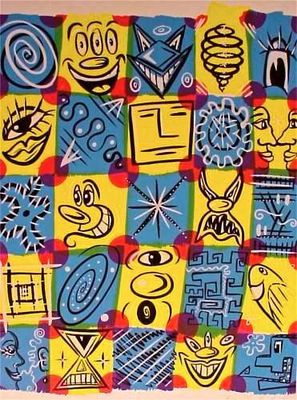 Born in Hollywood, Los Angeles, Scharf is celebrated among a group of New York artists in the 1980s that were influenced by graffiti and cartoon images. He received his BFA from the School of Visual Arts in New York and was closely associated with fellow-artist Keith Haring.

Art Perelman is an American comics artist, editor, and advocate for the comics medium, best known for his Pulitzer Prize-winning comic book memoir, Maus. In 2005, Time named Spiegelman one of their Top 100 Most Influential People.

An anthology of interviews with Spiegelman, spanning twenty-five years and a wide variety of printed venues, Art Spiegelman: Conservations was published by University Press of Mississippi in 2007.