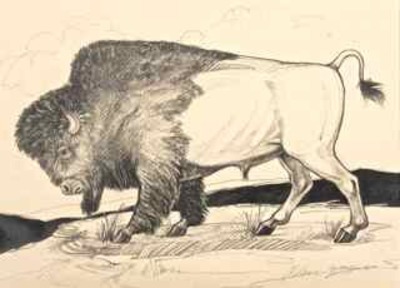 Sketch of a bison.