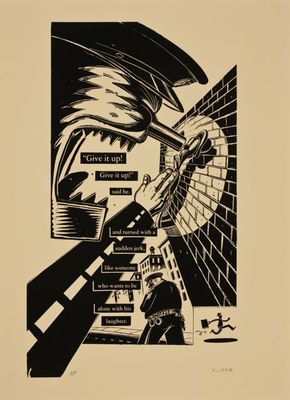 Perhaps best known for taking over Mad magazine’s Spy vs. Spy (beginning in 1997), Peter Kuper is a New York alternative cartoonist and graphic novelist. The suite of screenprints on display is based on Kuper’s 1995 graphic novel of the same name—which in turn appropriates a short (126-word) literary work by Kafka.