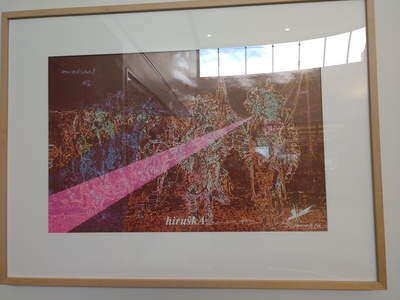 After opening his own company, 3-Foxx Productions (now White Pipe), he established a graphic arts program at Fort Berthold Community College, where he currently teaches art classes and serves on the Board of the North Dakota Council on the Arts. He often addresses Native themes in his art, as in hiruŝkA, which can be translated as “war dance” in Sahnish.