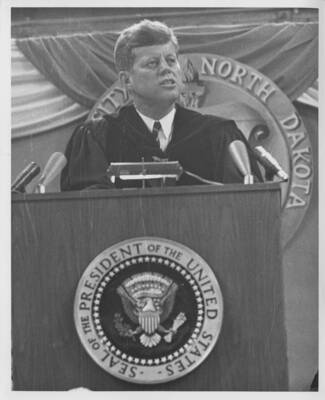 President John F. Kennedy speaks at the UND Fieldhouse on September 25, 1963. He stands behind a large podium bearing the Seal of the President. President Kennedy spoke to nearly 20,000 people regarding conservation in America as well as in North Dakota.