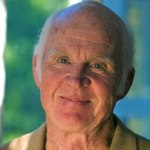 The NCAA and its Universities

The college sports industry is worth fifty to seventy billion dollars annually and is governed by a single organization, the National Collegiate Athletics Association. What happens if they’re not fair? What happens if there are deep systematic problems that no one has the power to fix and they won’t budge? Taylor Branch noted civil-rights historian, claims that the NCAA is immoral, that it’s racist, and that it has, the “unmistakable whiff of plantation on it.” On this episode of WHY? we’ll talk about the philosophy of college sports and the controversial agency that governs how college athletes live their lives.

Taylor Branch is a Pulitzer-prize winning historian and the recipient of a McArthur Genius award. He has written numerous books but is most well-known for a three volume history of the American civil-rights movement during the life of Martin Luther King, Jr. Our discussion today is based upon his book The Cartel which is, itself, an extension of his article: “The Shame of College Sports” in The Atlantic Monthly.

Weinstein, Jack Russell and Branch, Taylor, "The NCAA and its Universities" (2012). Why? Radio Podcast Archive. 86.
https://commons.und.edu/why-radio-archive/86