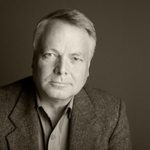 Eric Sevareid and the Philosophy of Journalism

What constitutes serious journalism? Can a reporter be a philosopher? How did broadcast journalism change the philosophy behind news reporting? These are just some of the questions that come to mind when one thinks about the life and work of Eric Sevareid. Born in Velva, North Dakota, Sevareid was one of America’s most influential broadcast journalists. One of “Murrow’s Boys” – named as such because of his extensive work with the legendary Edward R. Murrow – his reports on World War II captivated America. On this episode of Why?, Clay Jenkinson returns to examine Sevareid’s legacy and the ways in which journalism has changed since then. Discussing his current documentary project on the legendary reporter and Sevareid’s autobiography Not So Wild A Dream, Jenkinson will explore the impact journalism has on the world around us and ways in which autobiography reveals how one person, at least, crafted and pursued his personal mission.

A cultural commentator who has devoted most of his professional career to public humanities programs, Clay Jenkinson is the host of public radio’s The Thomas Jefferson Hour. He has been honored by two United States presidents for his work. On November 6, 1989, he received one of the first five Charles Frankel Prizes, the National Endowment for the Humanities’ highest award (now called the National Humanities Medal), at the nomination of the NEH Chair, Lynne Cheney. Since his first work with the North Dakota Humanities Council in the late 1970s, including a pioneering first-person interpretation of Meriwether Lewis, Clay Jenkinson has made thousands of presentations throughout the United States and its territories, including Guam and the Northern Marianas. He is also the author of numerous books.

Why?’s host Jack Russell Weinstein says, “Sevareid is a romantic figure who builds his sense of self on an idealized North Dakota childhood. These days, Clay Jenkinson is probably America’s most recognized North Dakota romantic. I can therefore think of no better person to channel Sevareid and no more appropriate mind to explore these issues with. I’m thrilled for Clay’s return to the show and for the opportunity to once again examine how the lives of North Dakotans reveal the larger human experience.”