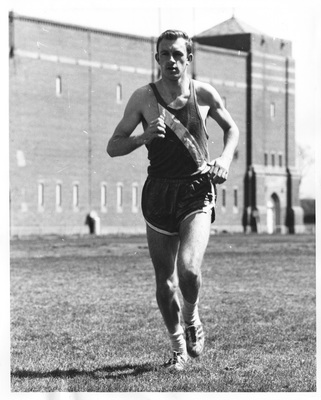 A native of Ontario, Arjan Gelling won the NCAA Division II Championship in the six mile run in 1969. During his career, he was named an All-American nine times. This photograph was taken outside of Memorial Stadium in 1967.