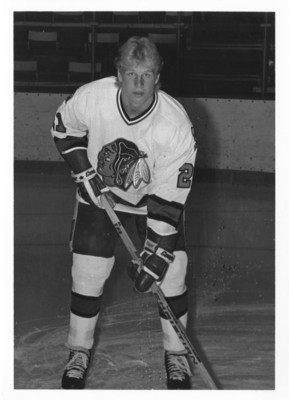 A native of Thunder Bay, Ontario, Tony Hrkac won the 1987 Hobey Baker Award (the top NCAA hockey player) and led the University of North Dakota to the 1987 National Championship. Hrkac played center and tallied an NCAA record 116 points that year, He went on to play in the National Hockey League and won the Stanley Cup in 1999 as a member of the Dallas Stars.