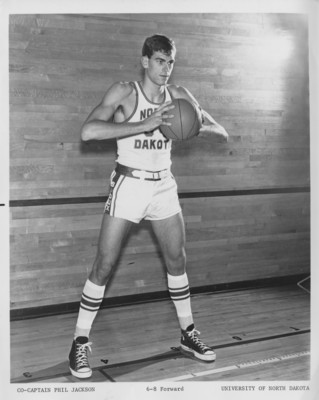 Phil Jackson strikes a basketball pose for an undated snapshot. Text on the bottom of the photograph reads: "Co-Captain Phil Jackson 6-8 Forward University of North Dakota"