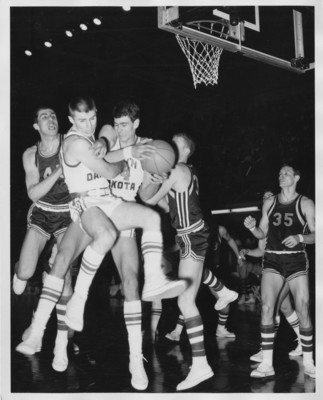 UND Basketball player Phil Jackson (holding the basketball) controls a rebound in an undated game versus an unidentified opponent.