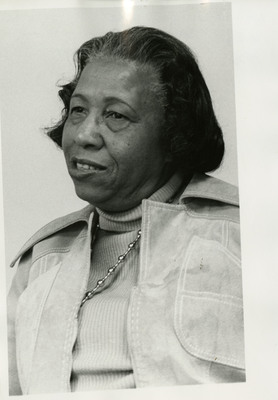 Era Bell Thompson attended UND for two years during the 1920s. She set several track records and was also a reporter for the Dakota Student newspaper. She transferred to Morningside College in Iowa and eventually became an editor of Ebony magazine. The author of several books, she was awarded the Theodore Roosevelt Rough Rider Award by North Dakota Governor Art Link in 1976.