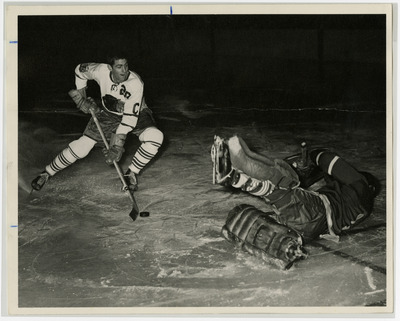 Photograph of UND Hockey Player Dave Janaway. A winger from Manitoba, Janaway played at UND from 1964 until 1967 and scored 25 goals during his career. This photograph can also be found in the 1967 Dacotah Annual, page 140.