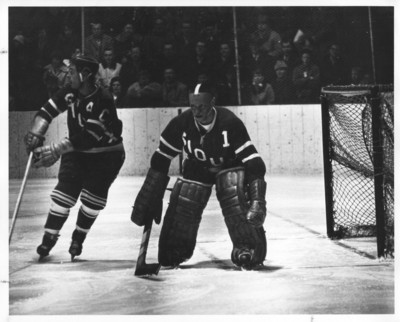 "Goal tending, many times the center of fan interest, is the point where a team's defenses focus. But it is a lonely job, often receiving blame for team errors." This photograph can also be found in the 1964 Dacotah Annual, page 80.

George Baland tended the goal for UND from 1961 until 1964. A native of the Iron Range in Minnesota, Baland appeared in six games during his career.