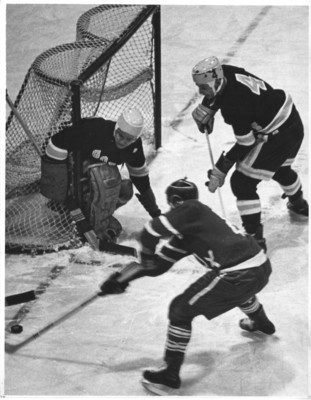 Golden Gopher goalie Roger Groth keeps an eye on the puck deep in the Gopher zone during a game in the 1962-63 season. His teammate Jim Westby attempts to offer assistance. UND won its second NCAA National Championship at the end of the season.