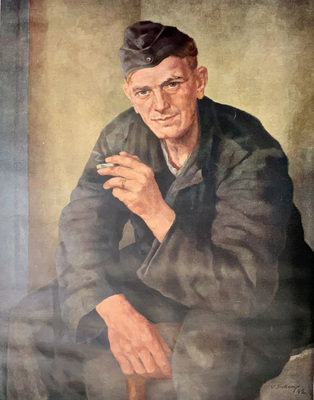 The Obergefreiter is a rank in the German army that was established in the 19th century. Originally before 1919, this rank was used for the German armies heavy artillery division. At the start of World War II however, it was instead granted to soldiers who held command over small squadrons. This was also granted to soldiers that held at least the rank of Gerfreiter and performed a significant feat of achievement.