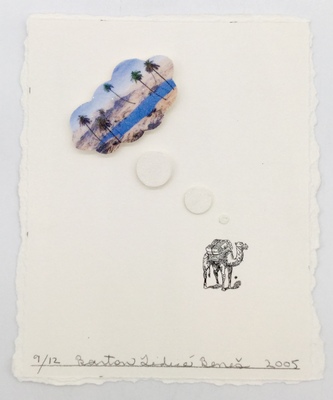 Camel thinking about an oasis.