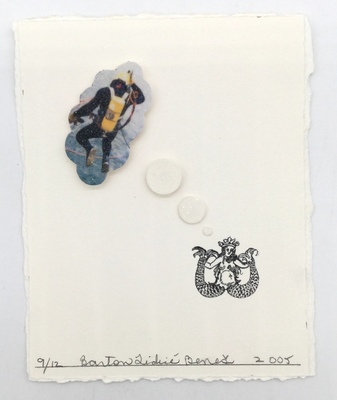 Mermaid thinking about a diver.