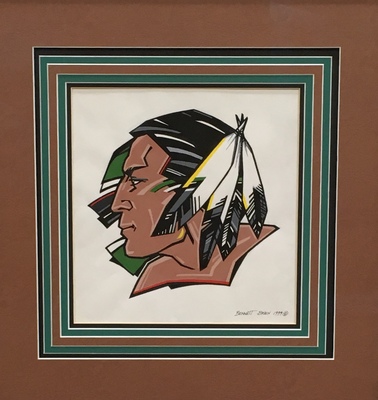 Original painting of the 1999 Sioux logo.