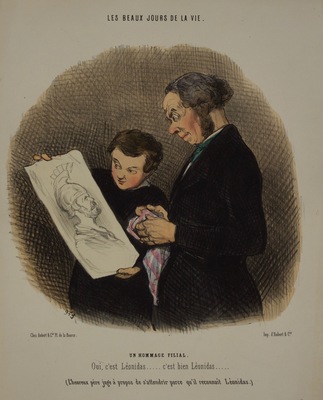 Translation: - A SUBSIDIARY TRIBUTE. Yes, it is Leonidas ..... it is indeed Leonidas ..... (The happy father judges it appropriate to soften because he recognizes Leonidas.)