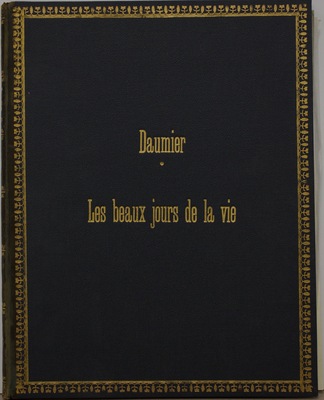 Often addressing social and political topics, Honore Daumier was highly prolific as a satirical cartoonist and printmaker. He was less active as a painter and sculptor. The lithograph on display shows a couple and their young child within the crowd gathered for fireworks celebrations on Bastille Day. The French captions can be translated into English as follows:

It never fails: One goes out to see the fireworks, and all one gets is the waterworks!

The subject, featuring a couple and their child within a crowd gathered for fireworks celebrations on a rainy Bastille Day, might allude to the unhappiness of the French people during the reign of King Louis Philippe.