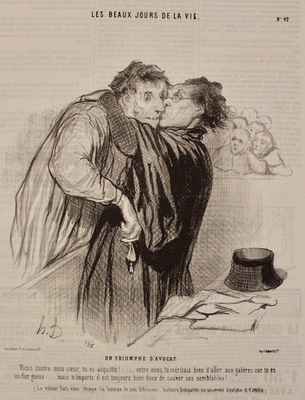 Translation: A TRIUMPH OF LAWYER. Come against my heart, you are acquitted! ..... between us, you deserved to go to the galleys because you are a proud beggar .... but no matter it is always very sweet to save his fellow men !. .... (The thief, very moved steals the purse of his defender, just to take away a memory of esteem and friendship).