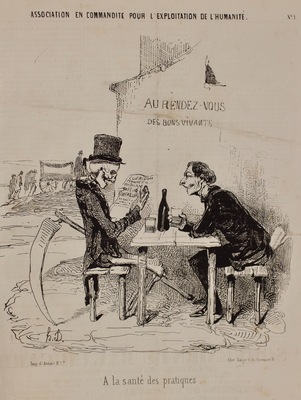 A man sits at a table with a skeleton. The skeleton is fully dressed and has a scythe next to it (presumably a representation of death).