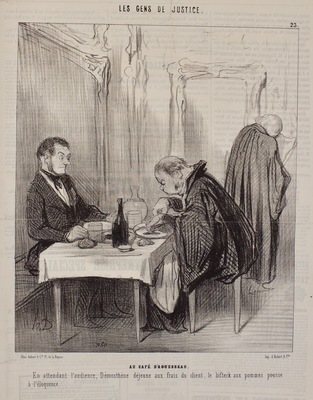 Translation: AT THE CAFÉ D'AGUESSEAU. While waiting for the hearing, Demosthenes has lunch at the client's expense, the apple steak is eloquent ...