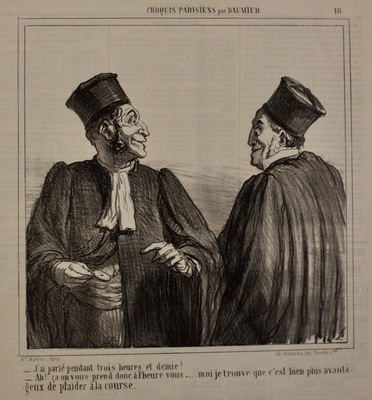 Translation: - I talked for three and a half hours! - Ah! that we take you so on time you ... me I find that it is much more advantageous to plead at the race.