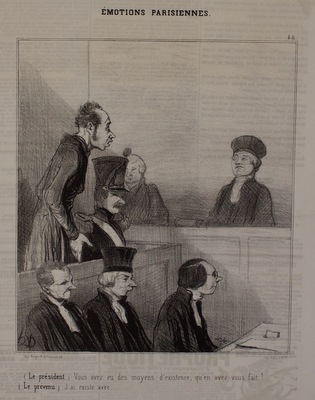 Translation: (The President.) You had a livelihood, what did you do with it? (The defendant.) I existed with ....