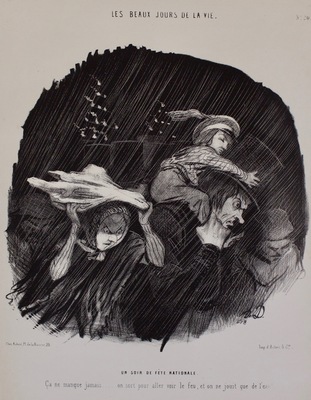 Translation: THE EVENING OF THE NATIONAL HOLIDAY

-It never fails... you go out to see the fireworks, and all you get is waterworks!