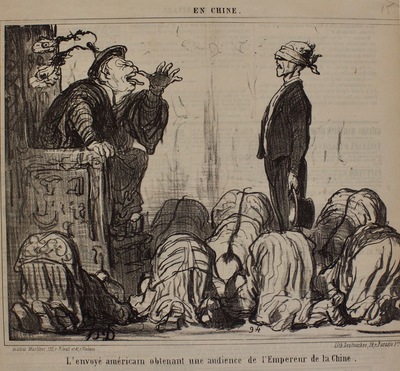 Translation: The American envoy obtains an audience with the Emperor of China.