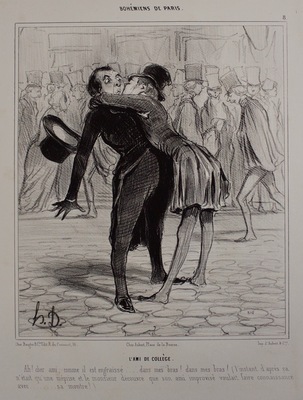 Translation: 'FRIEND OF COLLEGE. Ah! dear friend, how fattened .... in my arms! in my arms! (the next moment it was only a mistake and the man discovers that his improvised friend wanted to get to know ....... his watch!)

Leftover residue on matte from a previous sticker