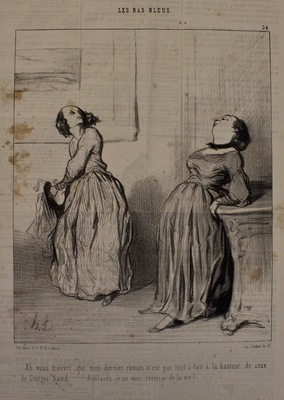 Two women having a conversation.

Translation: Ah you find that my last novel is not quite up to those of George Sand ...! Adelaide, I will never see you again!