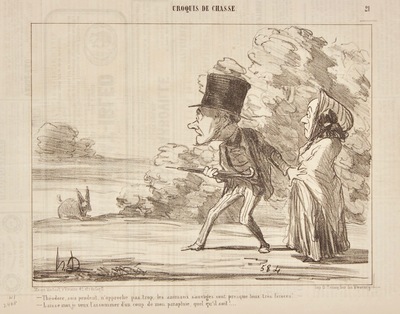 Translation: - Theodore, be careful, don't get too close, almost all wild animals are very fierce! - Leave me, I want to knock him out with my umbrella, whatever it is! ..