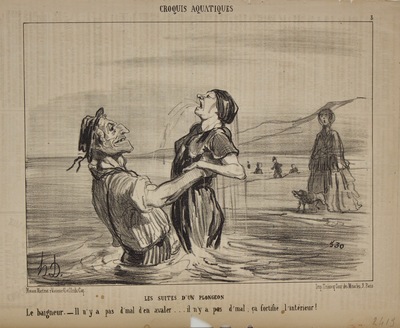 Translation: THE SUITES OF A DIVING. The Bather. - There is no harm in swallowing ... there is no harm, it strengthens the interior!