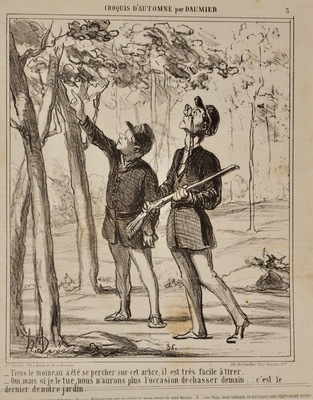 Translation: - Well, the sparrow has been perching on this tree, it is very easy to shoot. - Yes, but if I kill him, we won't have the opportunity to hunt tomorrow ... it's the last one in our garden.