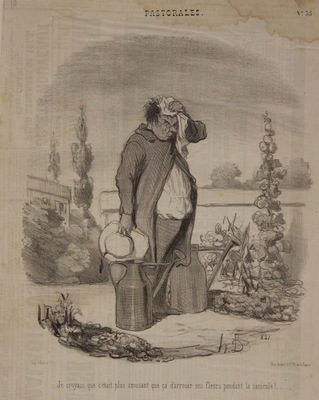 Translation: I thought it was more fun than watering your flowers during the heat wave! .....