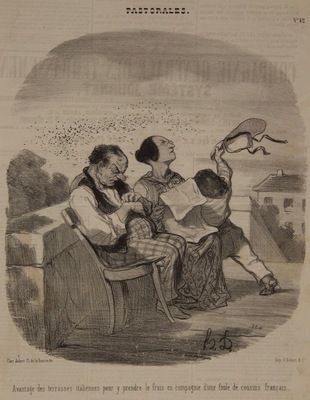 Translation: Advantages of the Italian terraces to take it fresh in the company of a crowd of French cousins.