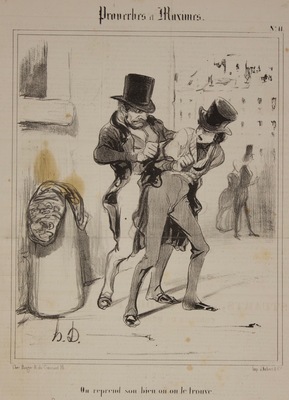 Translation: You take your property where you find it.

Tear in lower right. Some foxing