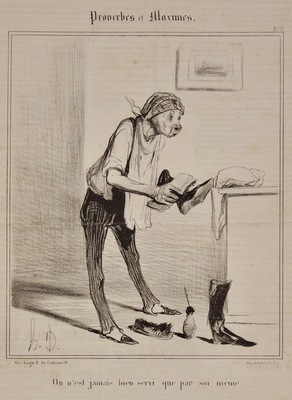 Translation: You are never well served except by yourself.