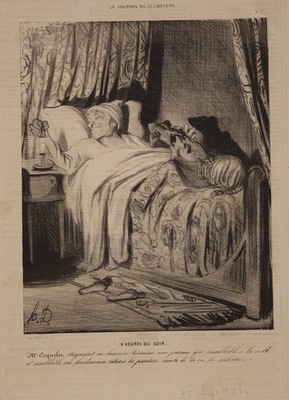 9 PM EVENING. Mr. Coquelet turning off his light ends a day which, similar to the day before and similar to the following day, traces the exact picture of the celibate's life!