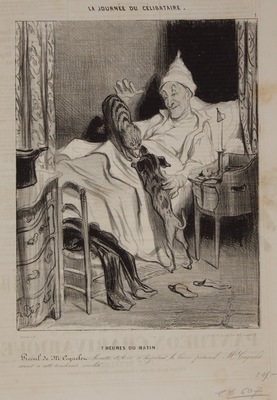 Translation: 7 AM. Awakening of Mr. Coquelet. Minette and Azor fight over the father's kiss: Mr. Coquelet smiles at this touching rivalry