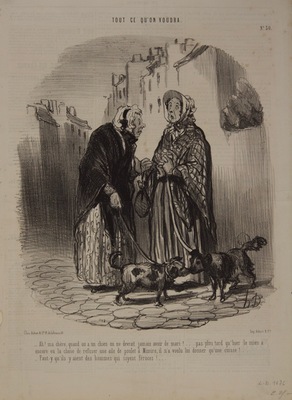 Translation: Ah! my dear, when you have a dog you should never have a husband! .. as recently as yesterday mine had the thing to refuse a chicken wing to Mimire, he only wanted to give him one thigh! .. - There must be men who are fierce! ...