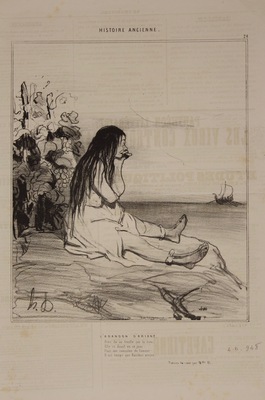 Translation: ABANDONING ARIAN. Near her trellis on the shore, She said to herself on this day: To console me with love It is time that Bacchus arrives. Poems of the heart by Melle. Fl.